Painting a tree and grass on my cormorant painting – I added a tree and some grass to my gouache cormorant painting. Using warm yellows for sunlight and cool blues and black for the shadows, I tried to give the appearance of trees and grass in the early morning sunlight. The sun is rising on the right side of the painting therefore the light is on the right side of the trees and grass and the shadows (blues) are on the left. When I paint the grass I use a dark gray or black base coat. From there I add a green with very little white or yellow mixed with it. The green goes on top of the gray/black base coat. Then I add the highlights which is a pale yellow with Permanent White mixed with it. Please watch the video to see how I paint grass using a liner brush with the colors mentioned. 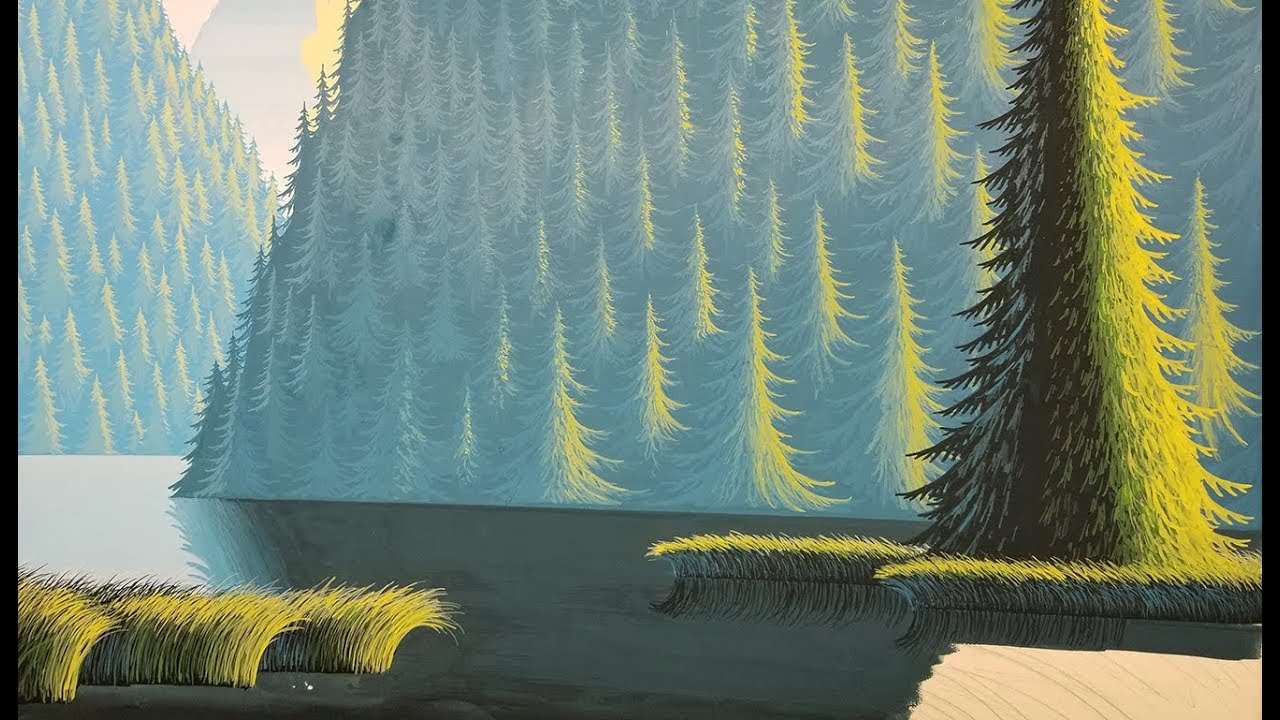 END_OF_DOCUMENT_TOKEN_TO_BE_REPLACED

Art Prints of Gouache Painting Wood Stork and Water Lilies For Sale – A few months ago, I was able to finish my wood stork and water lilies painting. It is now available for prints on both of my Print on Demand stores. A busy schedule has prevented me from making a blog post announcing the latest arrivals to my online stores. Art Prints of Wood Stork and Water Lilies are now available on Fine Art America. You can also buy them at Saatchi Art.

Why do I have two print on demand stores? Fine Art America is well established in the USA. Saatchi is well known in the UK and Europe in general. Saatchi concentrates on selling fine art prints using quality papers and original art. Fine Art America offers that too. But they also allow people to buy other stuff like bedsheets, shower curtains, beach towels, pillows and much more, with your favorite artwork on it.

Beginning a Gouache Painting of Blue Herons and Lily Pads

Painting The Wood Stork In The Morning Light – I made several mistakes in the past few months while painting the wood stork. The original pencil drawing was not correctly drawn. I embossed a carbon copy of the original drawing onto the finished background. Then, I painted a white base coat onto the embossed drawing of the wood stork. It was after I added the white base coat that I could see that the wood stork was not accurately drawn. The bird I had drawn looked more like a seagull than a wood stork. Repainted the background, then correctly drew another wood stork. Carbon copied it down on the new background and painted another white base coat. I added the shadow colors and the highlight colors. The shadow colors comprised of white, cyan with a little bit of black and red making it a light blueish violet. The light consisted of yellow and white and another color which was a yellowy orange.

Painting Feathers on the Golden Eagle In The Kodar Mountains

Art Prints of Wood Stork and Water Lilies For Sale

Painting Cypress Trees and Lily Pads – Today I will try to complete the last of the Cypress trees and begin the lily pads. For the last Cypress tree which is in the foreground I’ll be adding the grooves in the bark. Using a somewhat hard pencil like a 2H, I draw the grooves on the tree. (see photo below) Using a liner, I paint over the pencil lines using a custom mixed dark brown like a Burnt Umber mixed with Jet Black. I have a pre-mixed palette of tree bark colors from the other Cypress trees that were painted so I’ll be using those colors for tree color consistency.

Now that the Cypress trees have been finished, it’s time to add the lily pads to the lake. To do that, I take the tracing paper hinged at the top of the painting that has a tracing of the original drawing on it, flip it over and ‘carbon’ the portion of the drawing that has the lily pads (see pics). Once the portion of the drawing with the lily pads has been ‘carboned’ on the back, I flip the tracing paper back over onto the painting and re-draw over the drawing which transfers a drawing of the lily pads onto the lake (see pic). With pencil lines now impressed upon the painting, I take my liner with some watered down Permanent White gouache paint and begin drawing over the lines with the brush. Once this process is complete, I take my Robert Simmons 785 Series #4 White Sable brush and begin filling all of the ovals. Once that is complete, I repeat the process using a custom mixed green. The Permanent White undercoat really helps to give the green a lot of brightness and contrast on the black water.

Painting Shadows on the Cypress Trees – Last time, we painted the bark on the Cypress trees that are in sunlight. Now we will paint the side of the trees that are in shadow. Although they are in shadow, there is still the opportunity to show lots of color by creating a warm/cool bias between the side of the tree in shadow with the side that is in sunlight. Back in the “old days”, before computers and color photography, artwork was photographed with black and white film. Having a strong warm and cool colors was advantageous because they would help provide contrast when being photographed with black and white film.

For the shadows on Cypress trees I am painting, I use four different shades of bark color. The basic recipe for my bark shadow color is Windsor & Newton Gouache Cyan Blue, Sepia, Ochre, Jet Black and Permanent White. The lighter of the colors have no Jet Black, more Sepia, more Ochre, more Permanent White and less Cyan Blue. More Sepia, Ochre and less Cyan Blue makes for a warmer lighter color. The darker shadow colors are just the opposite. More Cyan Blue, more Jet Black and less Permanent White, Ochre and Sepia. The complete the shadow colors I take a thin liner and add a highlight made up of the color of the sky, a mixture of Cyan Blue and Permanent White. This gives the shadow color a colorful realistic look (see top photo). If an object is not in direct sunlight, the shadow will still have color. It will reflect colors from the sky. Anyone who has taken lots of night photography in the city has knows this. A good digital camera picks up colors that the naked eye doesn’t see. Objects that aren’t in direct light still have lots of color. The colors are just much cooler with lots of blue.

Painting The Wood Stork In The Morning Light

Painting Talons on the Golden Eagle

Painting Feathers on the Golden Eagle In The Kodar Mountains